This challenge is particularly for nature lovers, thrill seekers and adventurous individuals, who seek not only to enjoy the beauty of Padawan’s mountain range but also be able to enjoy amazing sceneries towards the Kalimantan, Indonesia’s viewpoint.

Details and participation in the Borneo Highland Padawan Nature Challenge can be found at https://gritevent.com/padawan/.

SIBU – The Bintangor Citrus Festival 2019 will be held from October 19 to 27, in Sibu and will showcase various fruit produce that the district has to offer.

KUCHING – The 4th edition of Siniawan Country Music Festival will be held on October 4 – 5 at Siniawan Old Town, Bau, near Kuching

This year’s theme “Take me home to Siniawan Country Music Festival 2019” will witness the gathering of country music lovers from all over Malaysia in a  cowboy style setting.

KUCHING – The world’s number one obstacle racing brand, the Spartan Race, will make its first debut in Borneo on October 19 to October 20.

Organized by the Kuching Fitness Association together with MUSE Group as co-organizer, the race introduced obstacle racing at various levels including the Sprint (5km), Beast (21km), Ultra (42km) and Hurricane Heat (12 hours) categories, where beginners and professional racers will be looking forward to test themselves physically and mentally.

It is also the first time the Hurricane Heat 12 Hours category is introduced in Malaysia where participants are challenged in a non-stop 12 hours race.

Details and participation in Spartan Race Sarawak can be found at www.spartanrace.my.

KUCHING – Siniawan Heritage Fiesta will be held on October 4 to October 6, at Siniawan Old Town, Bau, near Kuching.

It celebrates the cultural heritage of the town  with  food stalls, beautiful lights, street games, folklore music and performances and is expected to wake up this  heritage town especially during the weekends.

The annual festival is organized by Bau District Office and had successfully attracted tourists and visitors since it was first held in 2016.

It aims to promote Miri city through multi-cultural activities And at the same time, introduce the diverse ethnic of Miri’s through their dances performed by the local community itself.

KUCHING – Two iconic water sport events will be held back to back at the Kuching Waterfront. The historical Sarawak Regatta and the popular Sarawak International Dragon Boat Festival.

A total of 47 teams from 13 countries will compete in the Sarawak International Dragon Boat Race to be held on October 26 and 27 at the Kuching Waterfront.

The race will be part of the 7th edition Sarawak Regatta-Kuching Waterfront Festival 2019 that will be hosted from October 26 to November 3.

This year’s race has attracted five new countries, including the United States, which will send a team of 65 rowers to compete in five categories for the first time.

The Sarawak Regatta will also feature 13 categories of paddling events, while other side events including the Gendang Melayu Sarawak Festival, handicraft and food sales, the Sound Of Borneo and Waterfront Idol concerts will also be held during this period.

KUCHING – The 10th edition of Asian Bird Fair will be held at Kuching Waterfront from September 27 to October 1.

This is Malaysia’s second hosting of the gathering of birders and service providers from around the world and the first time for Sarawak to play host to this international event.

Eco-tourism and Conservation Society Malaysia and Sarawak Bird Club will co-host the event offering 70 booths to showcase their projects and initiatives from various participating countries.

Activities including International Eco Forum, schools’ programme throughout Kuching, children programme such as colouring contest and public talks will also be held.

The event is in collaboration among different stakeholders the Ministry of Tourism, Arts & Culture Sarawak, Sarawak Tourism Board, Sarawak Convention Bureau, Wild Bird Club Malaysia, Ecotourism and Conservation Society of Malaysia and the Sarawak Bird Club. 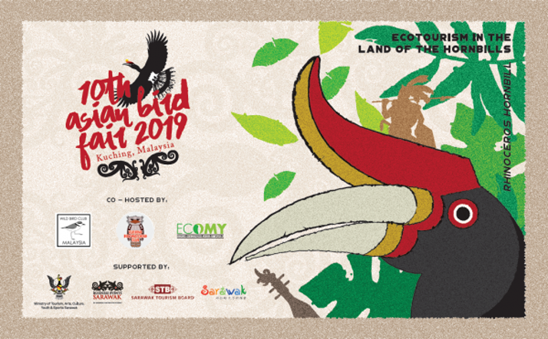 Bintulu – The 15th edition of Borneo International Kite Festival (BIKF) will be held at Old Airport Runway, Bintulu, starting from September 25 until 29, with local and international amateur and professional kiters showing their respective uniqueness and vibrant arts and culture to be depicted in their kite design motives.

The five-day event will include kite making workshops, design and demonstrations and cultural performances

The highlights of this year’s BKIF   is the attempt to create and break the Malaysia Book of Record of the “longest arch kite tunnel”.

BKIF  will also organize the Asia Pacific Sportkite championship  which  is opened to all kiters from all countries and also the performance of “Stunt-Kite” by Air-Rex Japan former winner of 2008 World Sport Kite Championship at France.

For more information, can log on to borneokites.com or contact Mr Muammar Quaddafi Bin Abdul Razak at 086 332 011 ext 443. 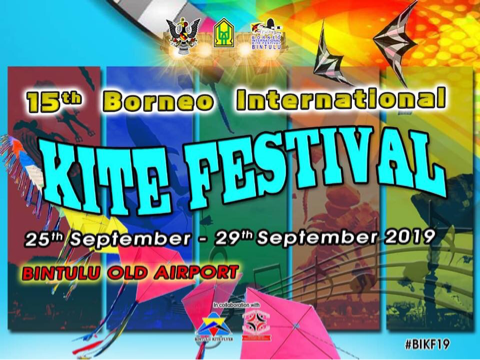 Centered around the natural phenomenon where water rushes up the Batang Lupar River causing waves as high as three meters and this phenomenon attracts local and international surfers. 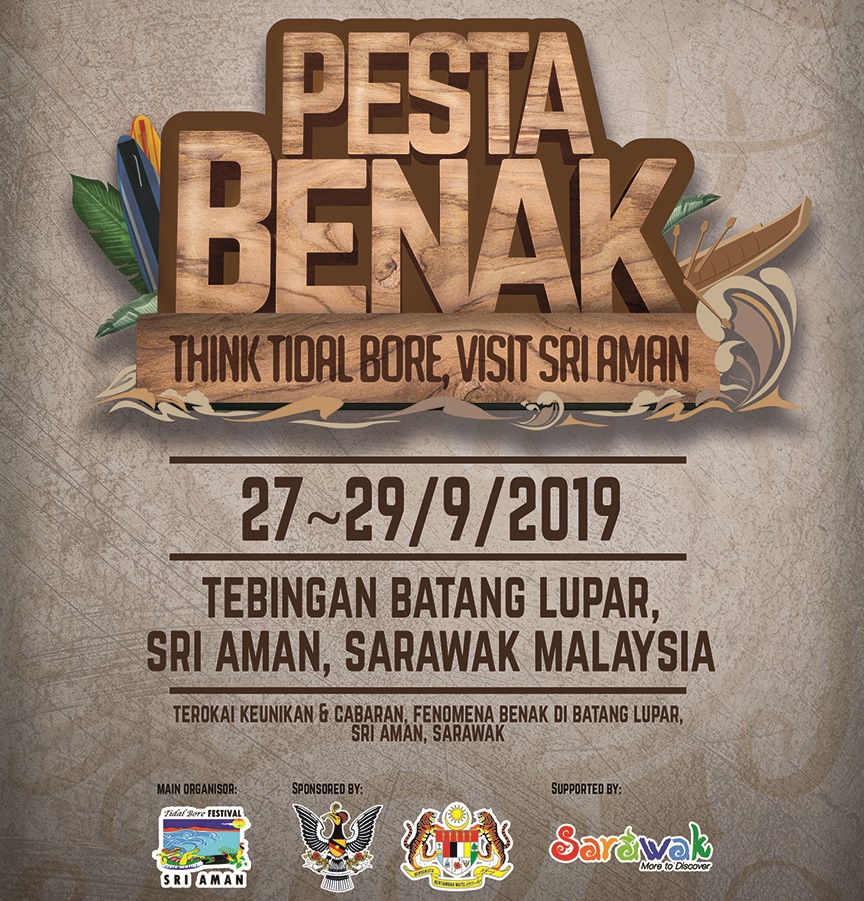