The Cruise Ship ‘Star Legend’ of Windstar Cruise was the first cruise ship to dock in Kuching this year, at Sim Kheng Hong Port on January 8 at 8.45am.

194 passengers, predominantly from Europe and the United States, disembarked from the Cruise to visit Bako National Park, Sarawak Cultural Village and experience a tour around the Cat City.

This is the maiden voyage by Windstar Cruises, and is the first cruise of nine scheduled to berth at Sarawak’s harbours.

The 8th edition of Sibu’s Christmas Tree Decoration Contest is in full swing, turning the Sibu Town Square into a Christmas wonderland.

Some of the trees are made from ribbons, some are made with recycled road maps, while others are made to look like Santa-shaped trees.

Throughout the Sibu Town Square, smaller decorations are set up like angel figurines, candy canes and smaller trees.

The winner of the competition will be announced during the New Year Ceremony on December 31.

The annual Christmas Parades in Kuching and Miri marched on with more participants than ever, despite heavy rain in Miri.

The Kuching Christmas Parade took place on December 2, and had 14,000 participants including costumed street performers, marching at 7pm with 16 heavily decorated Christmas floats in accompaniment.

The 10th edition of the Miri Christmas Parade’s took place on December 10 and drew approximately 45,000 participants despite the heavy rain throughout the night.

The 13th Borneo Jazz find its new “home” at the Pullman Miri Waterfront hotel. It will be held on May 11 to 12 next year.

Borneo Jazz is an annual two-day international jazz festival that takes place in the seaside city of Miri, featuring a vast repertoire of Jazz genres.

For more information, visit the Borneo Jazz website at https://jazzborneo.com/ 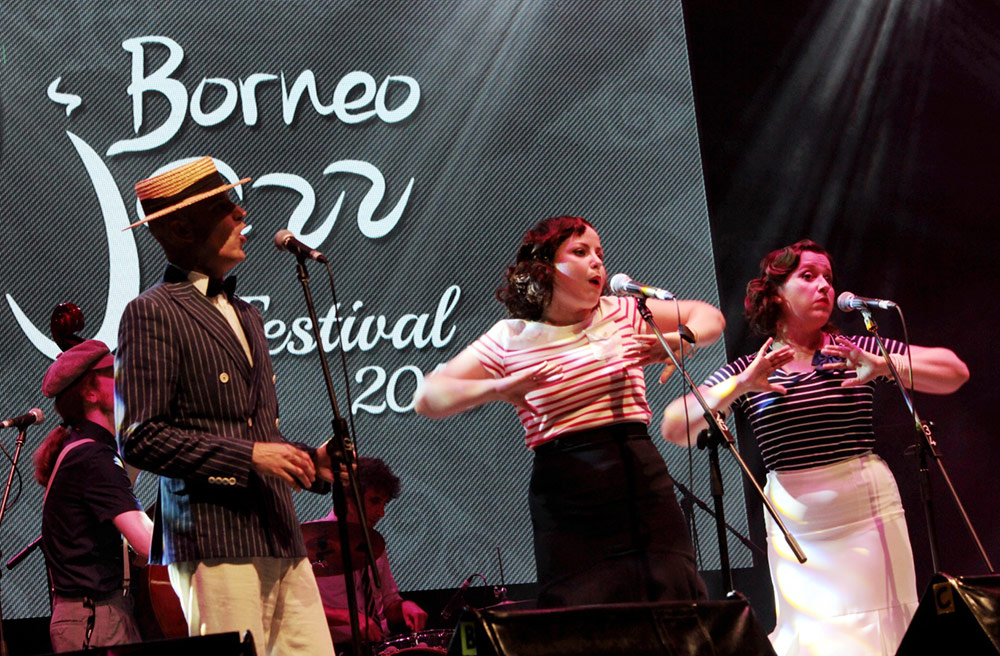 The Roxy Hotel is officially open, located 10 minutes from the Kuching International Airport and 15 minutes from downtown Kuching.

The Roxy is a spacious hotel streaming in natural light as the vast expanse of windows gives an airy feel to guests, particularly the Chinese and Western restaurant’s dining area, offering incredibly views of the Kuching Skyline.

There are a total of 58 rooms, with each floor accessible only with electronic key-card for guest safety.

The inauguration of the Darul Hana Pedestrian Bridge at Kuching Waterfront took place on November 11 with great fanfare and celebration.

“I hope this iconic bridge will become a new attraction for tourists to visit Sarawak especially Kuching,” Abang Johari said, mentioning that the bridge’s unique design is unlike any other in Southeast Asia.

The pedestrian bridge, also known as the ‘Golden S Bridge’, symbolizes the unity of Sarawak as it connects both sides of the Sarawak River, meeting in front of the State Legislative Assembly Building. 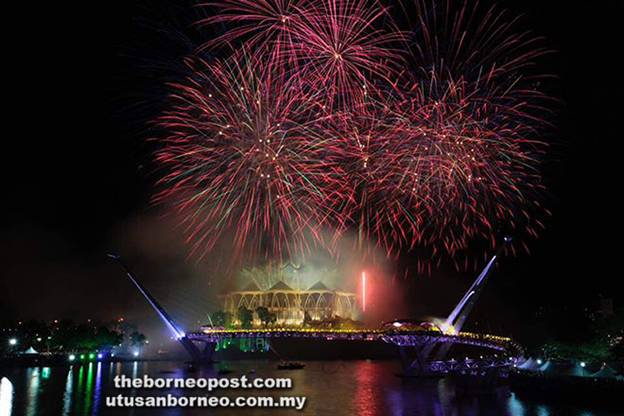 The Visitor Information Counter (VIC) in Kuching is relocating on November 1 to the Sarawak Tourism Complex, also known as the Old Court House, near the Kuching Waterfront.

The new office will be closer to the tourist haunts, making it easier for visitors to find the VIC and seek information, while also being scenically located in a heritage building.

The Sarawak Tourism Complex’s main building was built in 1871 and used to be the seat of government for Sarawak, with the original belian (ironwood) roofs, colonial Clock Tower and Charles Brooke Memorial.

The Board wrapped up ITB Asia campaign in Singapore on October 27 with three days full of business opportunities and trade appointments for the Sarawak team.

The Sarawak booth was represented by eight travel agents, two hotels and one venue provider, who managed to attend 336 formal appointments for the contingent combined over the course of the three-day event.

The appointments strengthened old business dealings as well as ushered in new partnerships between Sarawak agents and their Singaporean counterparts.

ITB Asia is an extension of ITB Berlin, the World’s Leading Travel Trade Show and the primary travel trade event for the Asia Pacific region, creating connections between trade partners in Asia and Europe through business sessions and knowledge sharing.

Container City Miri has opened as a container-themed restaurant and is located at Yu Seng Road in Miri.

With a modern style and mutli-level loft-like seating areas, the Container City has become a hip new hang out spot in Miri, with stalls selling western and local meals, snacks and ice creams.

They also hold open events like the Naruto Run, busking competitions and Local Sarawak Dressing Competitions for a more active and fun environment.

The second edition of the Kuching International Bike Week (KIBW) was held on October 13 to 15 and has brought 4000 bikers to Kuching, with its gathering held at CityOne Megamall.

There were participants from throughout Borneo and the rest of the world, such as the United States, Australia, New Zealand, United Kingdom, Singapore, India, Thailand and Indonesia.

One of the KIBW attractions was a bike stunt show dominated by international bike stuntman Aaron Twite, a motorcycle safety clinic, motorcycle and accessory displays as well as a city ride.

The KIBW aimed to promote Kuching’s unique heritage to the world while fostering bonds between bikers across the ASEAN region and beyond.