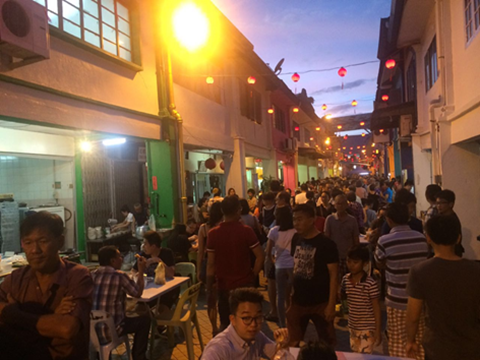 Kai Joo Lane is making its comeback by having the ‘night market’ every Friday and Saturday; hopefully on the eve of public holidays too. It started on the first weekend of September with throngs of locals going to the lane. There are varieties of food on sell and people are spoiled with choices.

Kai Joo Lane is has two rows of shops that were built by a Teochew businessman —Teo Kai Joo (1870-1924) — in 1923. The locality was officially named Kai Joo Lane by Charles Brooke (1868-1917).In the early days, there are few shops along Kai Joo Lane that started the business of making coffins.