On June 1 to 3, the 30th Irau Aco Lun Bawang festival will be held at the Dataran Bandar Lawas, the northern frontier town of Sarawak

For the past thirty years, the Festival celebrated the passing-down of the community’s age old traditions

Lawas can be reached on a 45 minute flight from Miri.

The Meritin Hotel, Kuching is open for business enjoying  location at  the epicentre of Padungan Street, one of Kuching’s oldest ‘food hubs’ naturally  surrounded by local merchants and food shops, hawker stalls and cafes.

Just a short walking distance from Kuching Waterfront and other cultural and historical attractions, Meritin also offers the “bonus” of being surrounded on all fronts with Kuching’s chill nightlife..

The Meritin has 40 rooms and the Haza Café located on the ground floor of the hotel is the perfect place for business and social gathers, with a menu to die for. 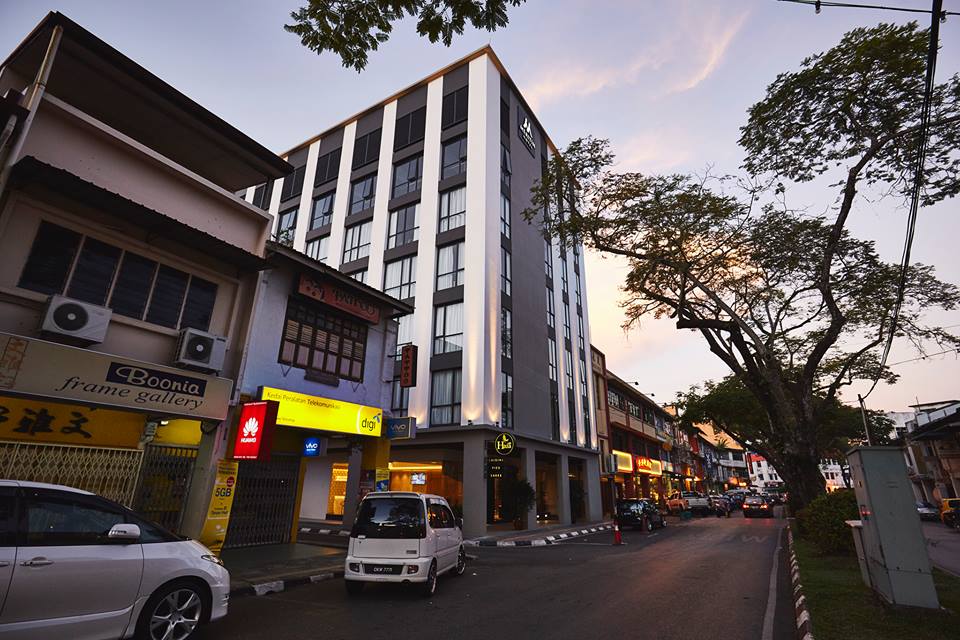 Located at Belawai Beach in the Mukah Division, just two and a half hours from Sarikei, Iftitah Restaurant and Resort is now open offering  seaside getaway chalets, cottages, and good food.

Located near to the Tanjung Manis Airport at the  Sarawak Halal Hub center, the resort  offers standard rooms in a ‘kampung’ setting  with quaint chalets connected in a longhouse style living quarters  with  showstopers to include their unique triangular chalets that faces the ocean.

Equiped with a boardroom or banquet hall for 30 people, as well as beachside barbeque and picnic areas, the Iftitah Restaurant & Resort is a prime location for a family getaway or a team building excursion.

For more information on the rooms and rates, visit http://iftitahrnr.blogspot.my and for frequent updates visit their facebook page at https://www.facebook.com/groups/783669301682024/ or contact Mr. Ibnee Bin Ekni directly at 013-839-0202.

The Club contributed RM50, 000.00   besides providing the official venue for the Festival’s preview shows at the Culture Club Kuching bar at Jalan Green Hill.

“We are delighted to be able to partner with Sarawak Tourism for the Rainforest World Music Festival, as this is in line with our aspirations of  moving into the modern era and bringing with us  our tradition,” said Dato’ Sri Ho Kim Hee, the Club’s Director.

In providing an official venue for nightly cultural and ethnic performances, the Culture Club Kuching has found success among local and international audiences alike.

The festival will be held at the Sarawak Cultural Village on July 14 to 16.

The visitors’ arrivals into the State was very  promising and  as of April, arrival has shown an increase of 17.26 percent as compared to the same month in 2016  said the Minister  of Tourism, Arts, Culture, Youth and Sports, Datuk Abdul Karim Rahman Hamzah.

Making his maiden speech at the State legislative Assembly recently as the new Minister, expressed his confidence that Sarawak will be able to achieve the targeted five million tourist arrivals for the year and generating an estimated tourism receipts  of  RM8.9 billion to be channel to the State coffer.

The arrivals in 2016 saw a 3.19 percent rise as compared to 2015, and with the ever growing global tourism business, Datuk Karim expressed optimism that the target will be reached, as long as Sarawak continues its promotion momentum.

The Motocross of Borneo 2017 will be taking place at the Miri Motocross Track on May 20 to 21 in Sirikin, Bau, about 40 Kilometres from the State Capital

The race will be divided into three main categories, theMX1, MX2 and MX Veteran while the support races will include a Scramble Open and Cubcross Open.

The Motocross of Borneo is held every year to promote Sarawak as a sports destination, promote motocross within Sarawak, while providing an opportunity to scout new talent in the motocross sports. 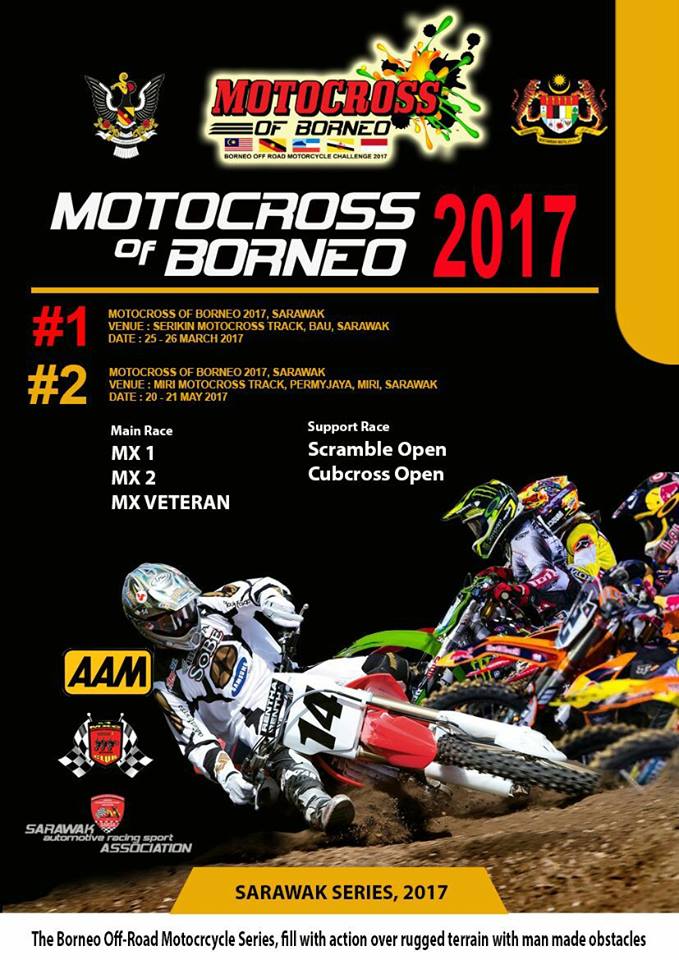 The Runners Wild Bario 2017 cross-country marathon is back on May 20, introducing a fresh 50km trail for experienced runners and outdoor enthusiasts.

Runners Wild was created to promote tourism in Bario, as well as support the local communities within the area through the event.

Bario, located in the Kelabit Highlands of Sarawak that rests completely encircled by mountains at 3280 ft above sea level.

In light of the recent ASEAN International Film Festival & Awards 2017 (AIFFA2017), Sarawak Tourism Board has begun looking into promoting Sarawak through the film industry.

Earlier this year, the Board set up a Filming Support Unit to aid international film production houses in getting permits, ground support and location scouting.

With Chinese film Blue Tears airing in China later this month, as well as previous cooking shows such as Anthony Bourdain’s No Reservation and Australian cooking show Out Of The Blue, Sarawak plans on expanding its presence in television and film in the near future.

The 12th Borneo Jazz Festival kicked off without a hitch on May 12 to 13 at ParkCity Everly Hotel in Miri.

The Festival itself saw crowds of local and international audiences enjoying the Jazz music and the Borneo ambiance.

Preceding the Festival itself were two preview shows on May 9 and 10, as well as a beach clean-up at Luak Esplanade beach on the morning of May 11.

The Festival’s outreach programme for local musicians on Jazz techniques was also a huge success.

The newly appointed Minister of Tourism, Datuk Abdul Karim Rahman Hamzah, will now take the lead on Sarawak’s tourism in addition to his other State’s Ministerial portfolios.

Now the Minister of Tourism, Arts, Culture, Youth and Sports, Abdul Karim stated that “while he foresees a lot of challenges ahead, he will use his position to ‘bring good things to Sarawak’ through tourism”.

Chief Minister, Datuk Amar Abang Johari Tun Openg announced the cabinet reshuffle on May 6, which include Datuk Abdul Karim’s new position as Minister of Tourism, Arts and Culture, a post previously held by him.