The Upside Down House at Jalan Borneo is a new uncanny attraction in Kuching, which has an entire gallery of a living room, dining room, kitchen, master bedroom, bathroom, children bedroom and a home office on the ceiling, making for strange photo opportunities.

This is phase one of the project, with phase two including optical illusion art, set to be complete in four or five months’ time.

Borneo Jazz will be taking place this May 12 t0 13 at ParkCity Everly Hotel, Miri, and is bursting at the seams with local and international bands.

Malaysian bands Michael Simon’s Asian Connection, with legendary Malaysian pianist Michael Veerapen in the band, as well as Fluoroscent Collective with band members from all over the world. From Asia, the line-up includes Idang Rasjidi Syndicate from Indonesia and Osaka Monaurail from Japan.

Cabocuba Jazz from Netherlands, Delgres from Guadoloupe and France, the Cape Jazz Band from South Africa and Laila Biali from Canada, are all signed up for the Festival.

This year, the Borneo Jazz Festival will take place on May 12 and 13 in Miri City, and is being held, as always, at the ParkCity Everly Hotel.

The festival features a wide array of Jazz-subgenres with both international and home grown musicians taking the stage.

In 2017 we celebrate the 12th Borneo Jazz Festival and will introduce an expanded musical outreach programme, with classes on jazz percussions and keyboard for aspiring Jazz musicians and Jazz enthusiasts.

The Samarahan Bike Challenge 2017 will take place on March 19, at the Summer Mall at Jalan Datuk Mohd. Musa, Kota Samarahan about 25km from Kuching City Centre.

This Bike Challenge is one of the biggest bicycle racing events  in Sarawak, with  categories such as the Elite or ‘The Road Warrior’, Veteran or ‘All Star’, Sarawak Close, Ladies and Juniors, and  routes  varying from four to eight kilometers.

This annual event is jointly organised by the Divisional Tourism Task Group (DTTG), the Samarahan District Office and the Sarawak Cycling Association.

The Sibu 2017 Tower Run will take place on March 11 with some 300 registered runners participating.

The contestants will be running an initial 5-kilometre route   before racing up the staircase of the 28-story, 126m high  Wisma Sanyan building, otherwise known as the Sibu Tower, which is the tallest building in Sarawak.

The Tower Run is one of the biggest sports attraction in Sibu, as it pushes the limit of endurance and speed of the runners, with many participants returning to beat their own records from previous years.

The Tower Run is jointly organised by DNA Sports and the Sibu Municipal Council.

The Kuching Heritage Trail, showcasing the State’s historical and cultural legacy of beautiful Chinese and Malay architecture and colonial buildings from the Brookes’ era, is a testimonial to Kuching’s rich heritage dating back to the 19th century.

At the oldest temples in Kuching along the waterfront, travellers can learn a little about the religion of the first Chinese settlers in the city whose religious beliefs are still practised to this day.

Here, history continues in the daily lives of the shop-owners, descended from the original tin craftsmen and traditional medicine vendors, and who continue to market their wares as they had generations ago.

The Museum caps the trail, with galleries displaying art and lifestyles of the local tribes, including life-sized replicas of traditional houses so travellers can truly experience what it felt like to live in the ‘olden days’ of Sarawak.

Sandwiched within the central region between Kuching and Miri, Sibu welcomes commuters from the rest of Sarawak as well as neighbouring countries such as Brunei and Kalimantan, Indonesia.

Sibu Sentral will include 200 units for residential apartments and a 171-roomed, 3-star hotel for those in transit, while the terminal area will also include a hypermarket, department stores, entertainment and food outlets.

The HSMAI Adrian Awards Gala took place on February 21 at the New York Marriott Marquis, where Sarawak Tourism was announced as the winner in the category.

For more information on the Adrian Awards and a list of 2016 winners, visit www.AdrianAwards.com 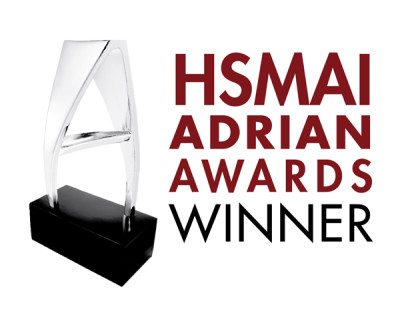 The 50th edition of the ASEAN International Film Festival & Awards (AIFFA) promotional campaign kicked off with a soft launch on February 16 and is set to continue until May with a brilliant repertoire of film-based activities.

This three-day biennial event will take place from May 4 – 6 2017 and will include an awards presentation ceremony lauding the best among ASEAN directors, directors of photography, main and supporting actors, writers and editors. In addition, there will be a presentation of the coveted ‘lifetime achievement and inspiration’ awards.

AIFFA however has more promotional events in store throughout March and April, including roadshows, business and networking events, conferences, free screenings, as well as youth-focussed film competitions and workshops.

More information on AIFFA 2017 calendar of events can be found on http://aiffa2017.com/

April has become the month of the Frog for UNIMAS, as they will be holding six programmes for varying ages focusing on the awareness and conservation of Sarawak jungle frogs, from April 21 to 29, with the highlight event being the Sixth International Bornean Frog Race.

These programmes begin with the UNIMAS Frog Race Run on April and the Exhibition of the World’s Largest Collection of Amphibian Stamps on April 26 at the UNIMAS New Campus.

On April 27 there will be an Indo-Pacific Amphibian Symposium at UNIMAS’ DeTar Auditorium as well.

The Sixth International Bornean Frog Race takes place on April 29 at the Gunung Gading National Park and is open to 150 participants only.

For more information or to register for one of these programmes, visit http://internationalborneanfrograce.weebly.com/