Low-cost airline AirAsia has launched the “Meet Malaysia” campaign on April 24, which aims to attract couples from New Zealand to visit Malaysia, specifically in Sarawak.

Anyone who chooses to match with the destination “Ma Laysia” on the Tinder dating app, stands a chance to win tickets to the Borneo Jazz Festival or Rainforest World Music Festival.

AirAsia hopes that the campaign will be able to attract travellers intent on visiting similar destinations like Thailand, Indonesia and Vietnam.

AirAsia is the Sarawak Tourism Board’s official Airlines Partner for the Borneo Jazz Festival and Rainforest World Music Festival, which will take place on May 11 to 13 and July 13 to 15 respectively.

AirAsia operates seven flights per week from Auckland to Kuala Lumpur with connections to Kuching, Miri, Sibu and Bintulu. 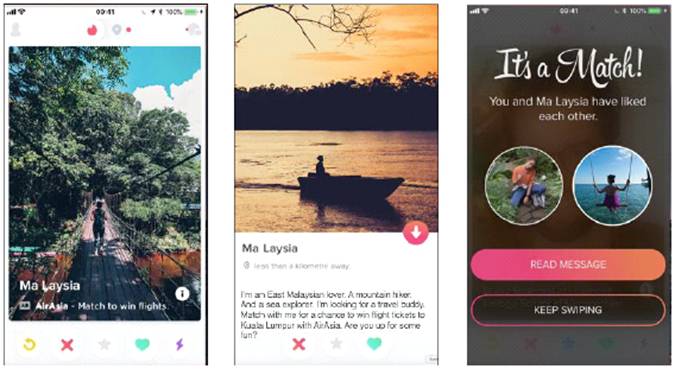