Christmas events including parades and Christmas tree decoration contests will be held throughout Kuching, Miri and Sibu in the month of December.

The 8th ChristmasTree Decoration Contest at the Sibu Town Square will take place from November 27 to December 31 and the Christmas trees decoration throughout the month of December in Sibu. The winner will be announced during the New Year Countdown.

The Kuching Christmas Parade will be held on December 2 at the MBKS Jubilee Grounds, which has been an annual event since 2007 and attracted over 6000 attendees last year.

The 10th edition of Miri City Christmas Parade will take place on December 9, beginning at Miri City Fan and the main streets of Miri.

A combined effort of the Miri City Council and 15 churches from in and around Miri, the parade is expected to attract 45,000 people this year. 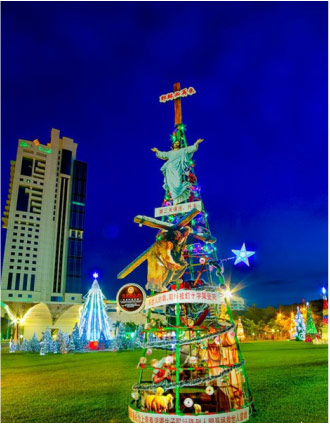