Talang-Satang is a lesser known National Park of Sarawak, not for lack of attractions, but rather for one of the most sought after attractions in Asia.

The National Park is the location of sea turtle nests, and the island has been conserved and protected by the local state government and conservation programmes such as the egg hatcheries to protect the eggs from poachers and wild animals, and reef ball program which encourages the growth of corals as shelters for turtles as well as protection against fishing nets.

While it is not an open to an infinite amount of tourists, one can book a conservation visit as a volunteer in the Sea Turtle Volunteer Programme, where you can help collect and incubate turtle eggs, see the turtles swimming in the ocean, and maybe even witness a hatching in person.

The Boat Cruise has been in operation since September, launched two weeks before the Tasik Biru Festival last year, and is intended to promote the Bau District as a tourist destination, by branching out their attractions.

There are two boats in operation, accommodating eight and 12 passengers respectively, with a fee of RM10 per adult and RM5 per child for a 30 to 40 minute cruise.

The lake also has kayaks and ‘donut boats’ for family fun on the ‘Tasik Biru’ or Blue Lake, so tourists can choose between relaxing while admiring the blue waters and serene nature, or paddle through the waters.

The CH Premier Restaurant at Jalan Tun Jugah, Kuching, has set records as the first restaurant in Malaysia to have robotic serving staff.

With four new robotic waitresses on their payroll, the taller robots named Goddess 1 to 3, and a smaller robot named Lolita, all four of whom use magnetic strips on the ground to navigate the floor.

The Restaurant serves fine dining meals, steamboat meals and Chinese-style family platters, so  in lieu of the theme, the robots speak in Mandarin and are able to speak a specific set of phrases including ‘thank you’, ‘excuse me’ and ‘please take the food from the tray’.

This bodes as the dawning of a new age in cuisine for Kuching, as it shows a blend of traditional cuisine and modern times, and this upgrade should encourage local attractions and facilities to add more marketable aspects to their business to keep them relevant.

Tusan Beach on the outskirts of Miri City has now gained prominence after the discovery of natural bioluminescence or a neon-blue glowing in the ocean waves at night better known as “Blue Tears”.

While the Blue Tears are a product of phytoplankton in the water, and while it does not occur every night, it is undoubtedly a breath-taking sight.

There is no promise that one can get a heads-up as to when to go to the beach to witness it, but Tusan does have incredible pull even without the blue-glowing waters at night.

The Beach is one of the more secluded beaches on the Northern coast of Sarawak.

With pristine white sands, incredible natural rock formations like the Horse Head Cliff, and a group of local food and drink stalls with fresh coconut and barbeque.

One can come by and enjoy a fun and peaceful day out on the beach, away from the hustle of the city.

Diethelm Travel have created an eight day volunteer programme at the Batang Ai National Park, to enable participants to take part in the conservation works of the endangered flora and fauna.

The programme will range from checking camera traps to maintenance of trails and infrastructure, as well as assisting local communities that live adjacent to the park who are vital first responders and informers in the conservation efforts of Batang Ai.

The unique twist of this volunteer programme is the planned trek to the areas where the wild Orang Utans and other protected wildlife live, being in their natural habitat.

At the end of the eight day programme, the volunteers will visit the Semenggoh Nature Reserve to gain awareness on the ongoing wildlife rehabilitation efforts of the Sarawak Forestry Corporation.

In the short time proceeding the open policy, the Sarawak Forestry Corporation have announced the discovery of 12 new plant and animal species in the Totally Protected Areas (TPAs) of Sarawak’s prime rainforests, with encouraging possibilities of more species yet to be found.

The Chief Minister has been pressing for a crack-down on illegal logging for the past year, which has resulted in the accelerated gazettement of TPAs and protection of wildlife within the state.

With the increase of National Parks and TPAs, as well as the increasing discovery of endemic flora and fauna, the viability and sustainability of Nature tourism within the state are increasing exponentially.

The Mulu Marriott Resort & Spa has become the first rainforest resort in Asia to be awarded the Best of Malaysia Top 5 – Best Resort Experience and Excellence Award by Expatriate Lifestyle.

The Resorts that receive this annual award are voted on by Expatriate Lifestyle readers who have experienced the various Resorts for themselves.

After recent renovations throughout the resort over the past few years to better the facilities of the chalets, this looks to be a very encouraging and deserved rebound for Mulu Marriott Resort & Spa, and this award will hopefully bounce it back to the forefront of local and international travel markets.

For more information on the Excellence Award:

There will be major renovations of the Miri Handicraft Center Building in the City centre of Miri, under the coordination of the Miri City Council.

Due to renovations on the main building, all stall owners will be moving temporarily to High Street, located just in front of the Miri Resident Office.

The renovations are estimated to be completed in June 2017, wherein all stall owners will be moved back into the premises.

Link given below will show you the map of the new temporary location: 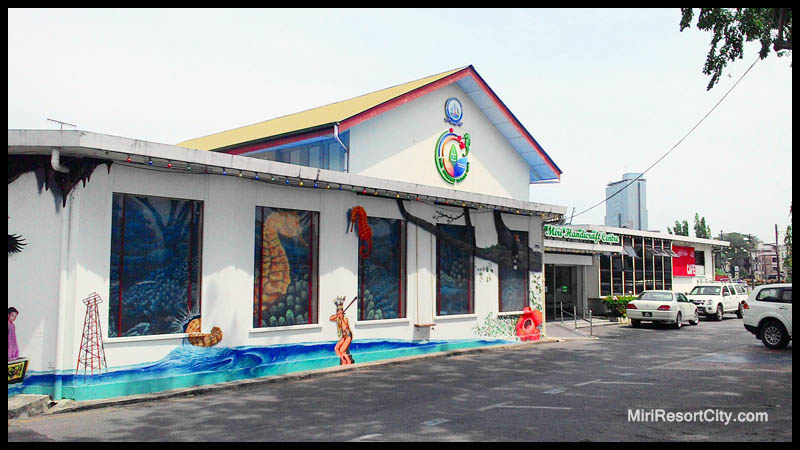 The Malaysia Airlines direct Kuching – Penang –Kuching direct flight will be reinstated on November 18 and will continue until December 31.

According to Malaysia Airlines, further extension will be considered to cater for the Chinese New year.

It will be times weekly flight on Monday, Thursday, Friday and Saturday and will depart at 9.20 am and is expected to arrive in Penang at 11. 30 am.

The current the promotional fare is RM 150.00 per one way inclusive of taxes.

Located at the bank of the picturesque Sarawak River, visitors can be easily accessible to the Waterfront, handicrafts outlets at the Main Bazaar or leisurely taking a sampan ride across the river to the Malay villages for “kek lapis” shopping.

For bookings and enquiries contact them at Email: [email protected]