The effort to get to Western Julan waterfall does require a fairly high level of fitness but the moment you stand before the spectacular 300m (about 1,000ft) drop waterfall, the sight should etch in your memory for a life time. We have to add that leeches will occupy their fair share as well. Indeed, what pristine nature throws at you, she is generous with! Read more here: https://sarawaktourism.com/itinerary/western-julan-waterfall/ 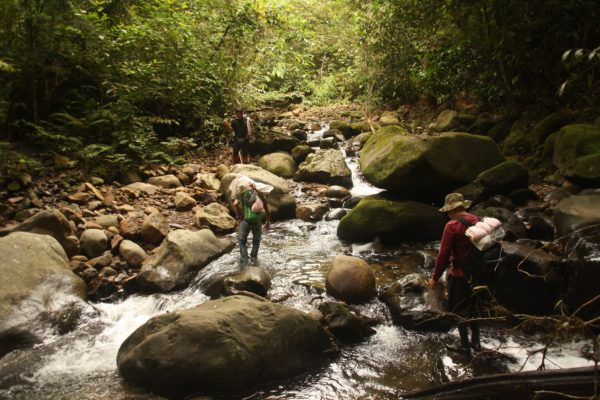 It’s a 12-day and 11-night motorcycle rally, for 250 CC engines and above, that takes enthusiast and professional riders across borders between Malaysia, Brunei and Indonesia.

Riders will start off in Kota Kinabalu,  Sabah, riding  through Bandar Seri Begawan, Brunei, Miri, Bintulu, Sibu and Kuching in Sarawak,  to Pontianak and Singkawang in Indonesia and ending in Kuching.

The motorcycle rally is estimated to bring together some 200 foreign and local big bikers this year to see what Sarawak and the rest of Borneo has to offer. 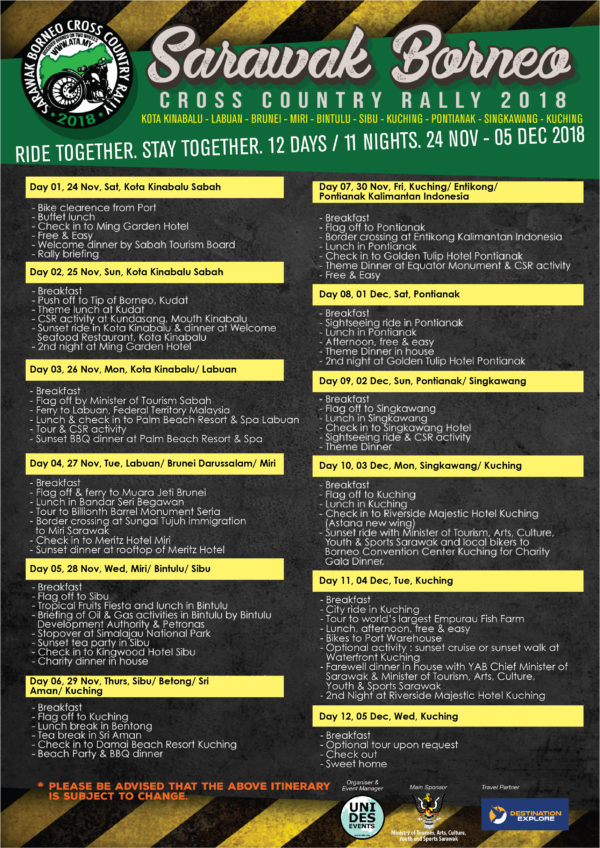 The Pesta Nukenen is a three-day festival that celebrates the unique food, farming, forest and cultural heritage of the Bario Highlands in the Northern region.

Enjoy the delicious organic food presented by the various longhouse communities of the Kelabit Highlands and take part in local traditional games and dances to experience the local lifestyle.

There are beautiful jungle trail for those who love trekking and on a clear nights, make sure you catch up with see the bright constellations and even the Milky Way in the night sky.

Bario located at 3,200ft above sea level and is one of the last surviving intact traditionally farmed and forested highlands destination in Sarawak and Malaysia. 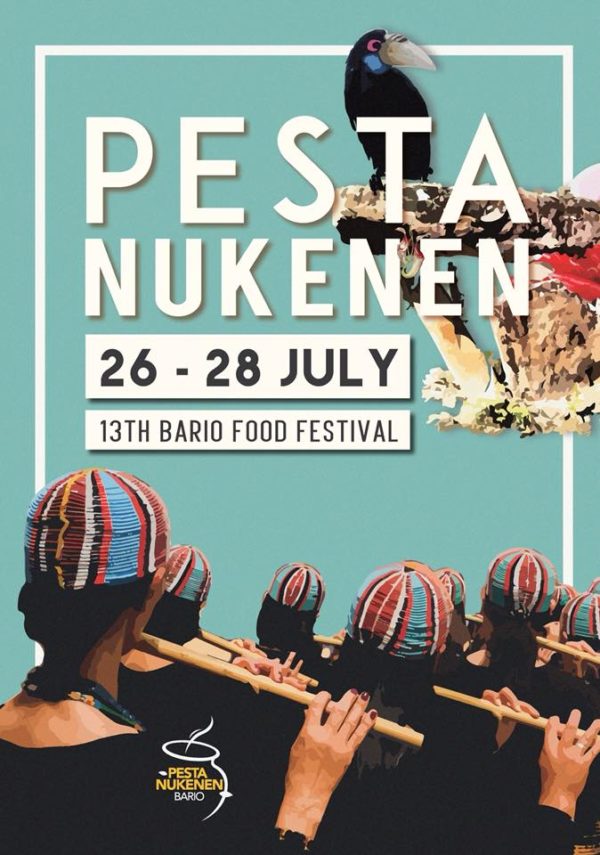 The Borneo Cultural Festival (BCF) at Sibu Town Square is a week-long celebration of food, music and dances celebrating the diverse cultural background of the various local communities in Sibu, the capital city of the central region.

The BCF,  to be held  at  the town square is  open free  for the public and  will showcase  the rich cultural heritage of the  Iban, Malay, Melanau,  Bidayuh, Orang Ulu, and Chinese communities living in the region.

The event is aimed to promote “beauty in ethnic diversity” within Borneo Island to the world and is currently Sibu’s biggest annual tourism event.

This is a perfect time to mingle with the locals from all walks of life enjoying a list of fringe events include stage shows, sales of works, exhibitions and demonstrations of  traditional skills in crafts and arts.

This year’s ‘What About Kuching’ (WAK) is revving to start from September 29 to October 28.

This month-long event is entering its second year with a participation of 55 groups and has lined up 75 events for the period.

WAK encourages creative social communities in Kuching to come together and showcase their best in art, music, crafts, ingenuity and culture, in an innovative way to attracts and be a part of the celebration.

This year’s WAK is supported by the Ministry of Tourism, Arts, Culture, Youth and Sports.

UCSI University held its homestay training programme ‘Sarawak Next Paradise Homestay’ at the Bengoh Resettlement Scheme (BRS) in Padawan, about 40 kilometers from Kuching on July 7.

It received over 350 participants including villagers and secondary school students with a group of lecturers and 40 students from the Faculty of Hospitality and Tourism Management coordinated the programme with the aim of modelling better-qualified homestay operators.

The local operators were encouraged to provide more than lodging and to have provide tourism packages and activities connected to their homestay as well as to utilise the communicative power of social media for marketing purposes.

This programme was part and parcel of the University’s faculty’s corporate social responsibility efforts to help local villagers dependent on tourism in Padawan to have a share in the hospitality industry business.

Four workshops, ‘Guidelines of Homestay Operations’, ‘Activities and Attractions’, ‘Maintenance and Facilities’, and ‘Safety and Environment’ was held for the training period.

If anything were to give indication of how successful the 21st edition of the Rainforest World Music Festival held for the weekend this year, it must be the number of audience that came to flood the venue on Saturday night.

It was packed and the crowd went wild over the stage performance until the show by a local Sarawak group “At Adau.”

As the carrying capacity for the venue, the Sarawak Cultural Village, stands at 8,000 people, it reached that saturation number.

All went well as the Event Director, Madam Angelina Bateman said “We’ve seen amazing crowds this year and we hope to close our 2018 chapter with a bang.” 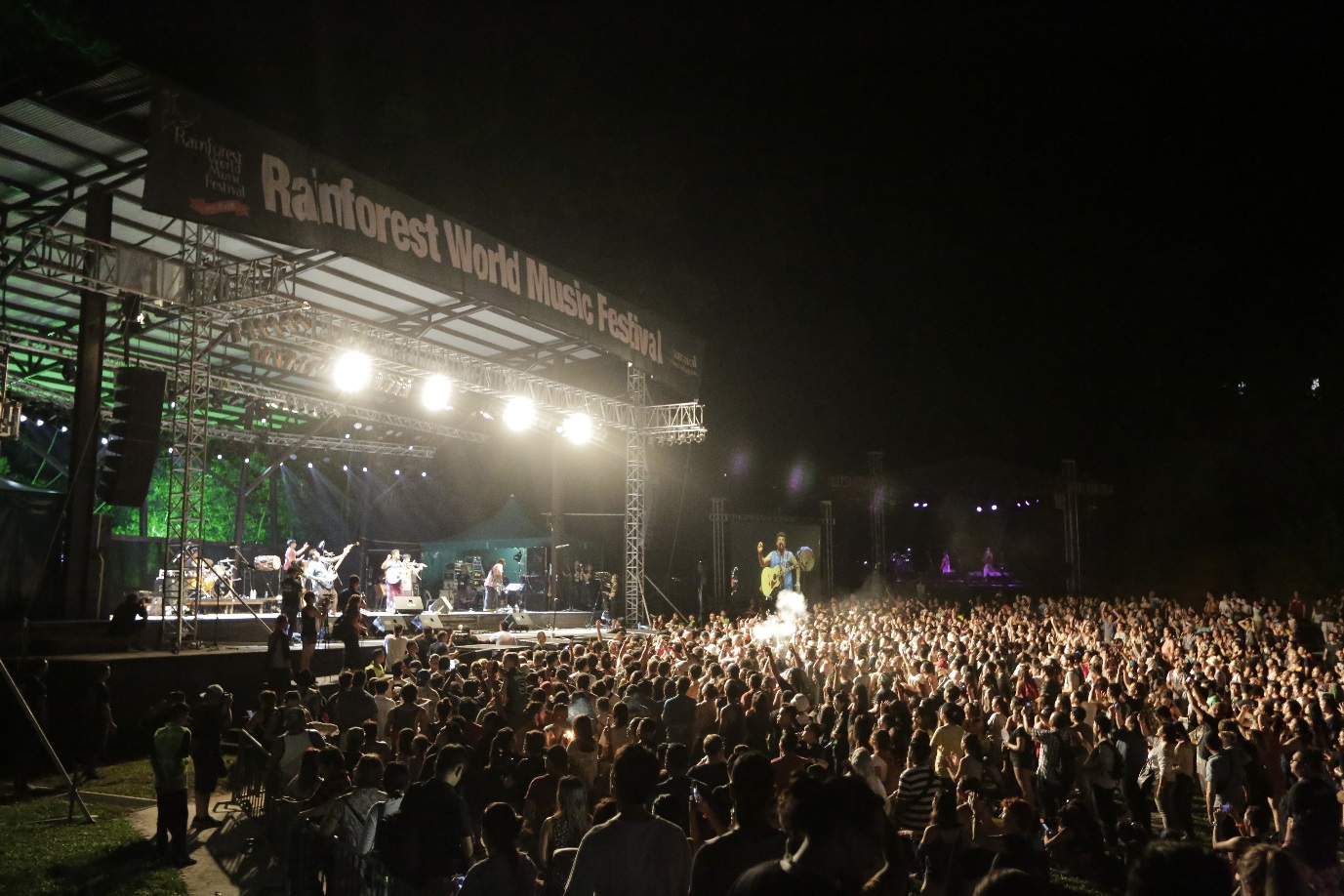 Tickets for the Rainforest World Music Festival   are currently being sold at pre-sale prices until July 12.

The pre-sale ‘family package’  of  one-day passes for two adults and two children are priced at RM255.10.

The 21st edition of the Rainforest World Music Festival is set to take place at the Sarawak Cultural Village and Damai Central from July 13 to 15.

A stellar line up of local and international talent is set to take stage at the Festival, with local Sarawak bands such as Sada Borneo and At Adau, as well as SwarAsia Malaysia from Malaysia.

Internationally, the Festival will feature the artistes Grace Nono from the Philippines, Oyme from the Republic of Mordovia in Russia, Elisouma from Comoros Islands, Dona Onete from Brazil, Slobodan Trkulja and Balkanopolis from Serbia, Bhungar Khan Company and Raghu Dixit Project from India, Niteworks from Isle of Skye and Kevin Locke from the United States.

Some performers from different continents and countries will be performing together in a fusion of sound such as Guo Gan & Aly Keita from China and Cote d’lvoire, as well as Cuatro Minimal with members from Mexico, Korea and Japan.

Pre-concert performances such as the crowd favorite 1Drum interactive drum session and the new Persatuan Chingay Pulau Pinang performance will be taking place in the amphitheatre at Damai Central in the evening.

For more information on the Festival programme or prices, visit www.rwmf.net 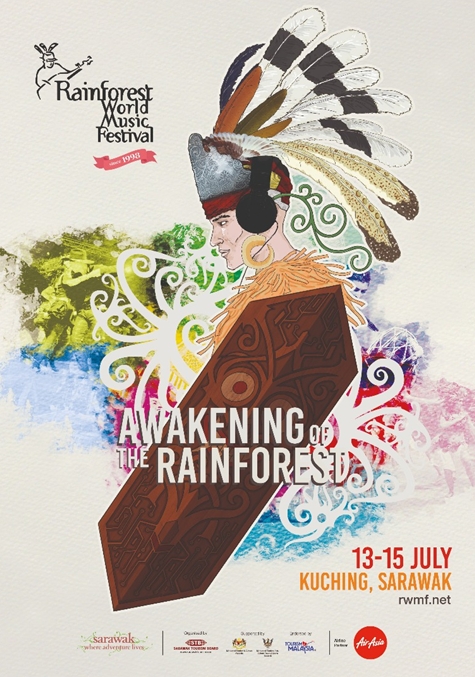 The 3rd edition of the Sarawak 4×4 Jamboree will take place from September 13 to 16.

The Jamboree will start in the central region with Sibu as the starting point before proceeding to Kanowit, Song and Kapit, crossing the wild Rainforest terrain of the Sarawak interior.

Last year more than 120 participants with age from as young as seven years old to 67 years joined in the fun.

Entrance fees for the jamboree are set at RM 800.00 with the closing date for submission to close on August 1.

For more information on registration and the event programme, visit https://www.facebook.com/Sakta4x4/ 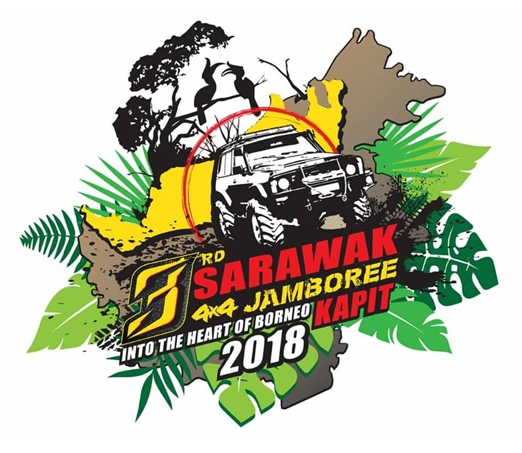 The Rainforest World Music Festival (RWMF) road show’s final location will be at Plaza Merdeka in Kuching, on July 6 to 8.

It took off at the Curve in Damansara, Kuala Lumpur from June 22 to 24, before proceeding to Suria Sabah Mall in Kota Kinabalu, Sabah   on June 29 to July 1.

The Roadshow features live performances from the festival’s band At Adau as well as an Augmented Reality mobile phone games where participants had the chance to win free tickets to the Festival and festival’s merchandise and souvenirs.